“Disneyland will never be completed. It will continue to grow as long as there is imagination left in the world.” — Walt Disney

I know its hard to imagine — and, believe me, I don’t want to imagine it! — but, there was a time before a Walt Disney World, a time before 20 million people would flood into Central Florida to visit the “Vacation Kingdom of the World” every year, a time when Disneyland stood alone. So what led Uncle Walt to transform empty swampland just outside of a small, little-known city called Orlando, into “The Happiest Place on Earth?”

By the early 1960s, Disneyland Park in Anaheim, Calif. had become an unexpected success. The park was built very small, since no-one expected a fairytale theme park to draw people away from Southern California’s many, already-established tourist spots. Nevertheless, Walt’s original kingdom exceeded the company’s very modest expectations, leading non-affiliated motels, restaurants, parking garages, and other assorted businesses to snatch up the land around the park to capitalize on Disney’s success. Frustrated by this “cheap Las Vegas” that sprung up around his kingdom, Walt knew he would do things differently next time.

Meanwhile, a survey of Disneyland visitors showed Walt that less than 3 percent of guests hailed from east of the Mississippi River. While that is understandable, considering that the park was as far west as the contiguous United States went, Walt knew that 3/4th of the U.S. population resided on the other side of the Mississippi. Most of America was missing out on experiencing the real world magic of his park.

Walt’s first consideration towards creating a “Disneyland East” came in 1962 when NBC proposed a partnership to build an East Coast Disney park in New Jersey. However, realizing that a theme park in New Jersey could only operate around half of the year, Walt passed on working with NBC. Thoughts then moved toward building a park in a more central location instead of right on the coast. In 1963, Disney considered bringing an indoor park to downtown St. Louis.  Unfortunately, discussions with the city’s business leaders left Walt dissatisfied and ended St. Louis’ Disney aspirations.

“Disneyland East” needed a lot of land. Walt wanted the ability to expand upon the initial project and to keep his new vacation kingdom safe from becoming the center point for another “cheap Las Vegas.” He also wanted a climate that would allow the park to be open year round, like Anaheim’s park. The only eastern state with a California-like climate was Florida, but Walt was afraid of competing with the beaches. On a plane ride over Central Florida on November 22, 1963, Walt spotted the perfect landing spot for his East Coast venture.

In between the modest sized cities of Orlando and Kissimmee, Walt spotted acres upon acres of empty land, distant enough from the coast, just waiting to be transformed into his own imagination-come-to-life. And, best of all? The land was situated right at the intersection of Interstate 4 and the Florida Turnpike, offering easy transportation options for guests to enter and exit the new vacation kingdom. That was it; Disney magic was coming to Florida.

Meanwhile, New York City was hosting the World’s Fair in 1964, and guess who was approached to create modern, magical attractions to promote the business innovations of corporations including General Electric, Ford, and the State of Illinois? That’s right – Walter Elias Disney. Walt’s “imagineered” technology would get its East Coast debut in front of the entire world. “The Carousel of Progress”, “Magical Skyway,” and “Great Moments with Mr. Lincoln” were among the most popular attractions of the New York World’s Fair and gave Walt concrete proof that his brand of real world magic would be popular in the east.

Now with a perfect location and surety that Disney attractions would be successful east of the Mississippi, Walt was ready to get to work on “Disneyland East.” Back in California, Walt put together a small, ultra-private team to work on what he dubbed “Project X.” Walt set up secure, secret phone lines for “Project X” associates to communicate over, and he delayed the hiring of top-level officials, naming them as “unofficial consultants,” so he wouldn’t have to announce their hiring to the entire company. Yes, Walt had to keep this secret from the vast majority of his own employees. Secrecy was of the essence in order to keep property prices from skyrocketing once land owners knew that a large company was in the market for huge amounts of land.

“Project X” associates created fake companies, some with hilarious names such as “Retlaw” (Walter spelled backwards), “Ayefour Corporation” (referencing I-4), and “M.T. Lott Real Estate Investments,” to start purchasing land in Osceola and Orange Counties at initial prices of $80 per acre. These names grace the windows in Magic Kingdom’s Main Street USA. By the time Disney’s shell companies had finished buying up land in October of ’65, they had purchased around 30,000 acres of land at an average of $200 an acre. However, the Disney land grab had not gone unnoticed.

By Fall of 1964, newspapers in the Central Florida area began to report that a “mystery industry” was coming to Osceola County. Reporters, most notably the Orlando Sentinel’s Emily Bavar, were reporting rumors that Volkswagen, Ford, Chrysler, Lockheed Martin, and even Disney could be the secretive business heading to the Sunshine State. Once in early ’65, Walt himself was recognized while eating with employees at a country store called “Jock’s Corner” located just on the edge of the property Disney had purchased. But, Walt Disney Productions continued to deny they were the “mystery industry,” and perhaps, the spokespeople denying the rumors did not know they were indeed the land buyers due to the overwhelming secrecy of “Project X.”

However, the secret could not be kept forever, and ironically, the truth came out at Disneyland’s 10th Anniversary celebration. The Sentinel’s Emily Bavar, who had been tracking the “mystery industry” story for at least a year arrived in Anaheim prepared to get some answers. During a press conference, Bavar pressed Walt on whether Disney was indeed the industry siphoning up land in Central Florida. Walt accidentally tipped his hand while trying to repudiate the idea that Disney was Osceola’s mystery industry. Bavar replied, “You know, for someone being disinterested in Florida property, you surely know a lot about it.” The jig was up.

Bavar wired a story back to Orlando confirming that Disney was the “mystery industry” that Florida journalists had been trying to unmask for over a year, but the editors assumed the story was yet another speculation piece trying to nail down the big land buyer and placed the story deep on some interior page of the paper. When Bavar returned to Florida, she spoke with the editors, and they realized they had underplayed Bavar’s huge scoop. On October 21, 1965’s edition, the Sentinel editors ran a second, more elaborate article on Bavar’s encounter with Walt as the lead article, declaring: “We Say: ‘Mystery’ Industry is Disney.” After the Sentinel’s announcement, land prices in the area went from an average of $200 per acre to $100,000 an acre.

Less than a month later, much earlier than Walt hoped to announce, Walt and Roy Disney held a press conference at Orlando’s Cherry Plaza Hotel with Florida Governor Haydon Burns on November 15, 1965. Walt announced that his Florida land would host a Disneyland-style theme park, several resort hotels, and “family attractions,” promising an initial investment of over $100 million (around $760 million today). Gov. Burns called this confirmation of the “world of entertainment, pleasure and economic development coming to the State of Florida” as “the most important date in the history…of this state.”

Tragically and absolutely unexpectedly, Walt Disney passed away a year and a month to the day after the Cherry Plaza press conference on December 15, 1966, long before his own estimate of when Disney World would open in 1969. Roy Disney personally took over the Florida development project, stating in the first company staff meeting after Walt’s death, “We’re going to finish this park and we’re going to do it just the way Walt wanted it. Don’t you ever forget.” Roy had hoped to retire in 1967 at the age of 73, but he knew he had to finish Walt’s Florida project as a final memorial to his little brother.

As early as 1967, Roy insisted on changing the name of the new Florida resort from “Disney World” to “Walt Disney World,” fighting Walt Disney Productions president Card Walker over the decision stating, “No, Card, I want it that way.” Roy assured that Walt was not overlooked in any aspects of building and opening his World in Florida. Standing behind the podium at Walt Disney World’s Opening Ceremony on October 1, 1971, Roy quietly asked staff on the stage, “Somebody go find Mickey for me. We don’t have Walt any more, and Mickey is the nearest thing to Walt that we have left,” and with Mickey at his side, Roy gave the dedication speech to Walt’s World.

Some 45 years later, Walt Disney World Resort is the world’s most attended amusement park, having expanded by three gates since its opening day, and its presence in Orlando has attracted several of the world’s other leading theme parks and resorts to come to Central Florida. And, despite his untimely passing and that of his brother Roy just a month after the resort’s dedication in December of ’71, the world has affirmed the wish Walt verbalized when he said, “I only hope that we don’t lose sight of one thing, that it was all started by a mouse.” 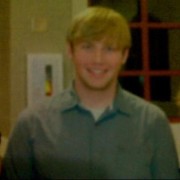